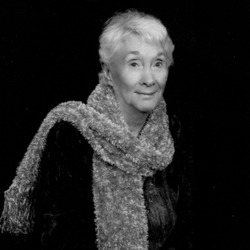 Bryant Vanelle Clements was the only child born to Willie Irene Bryant and Leon Lafayette Clements, born on February 10, 1929, in Pecan Gap, Hunt County, Texas.   Her mother died of Tuberculosis when Bryant was almost seven years old, leaving her to live with her maternal grandparents, M.E. and Delta Bryant in Commerce, Texas until her father, Leon, married Cornelia Judith Cochran in 1939.   Bryant’s first job was at the Bordon Ice Cream Store in Borger, Texas located by Phillips, where her Daddy worked in the oil fields.   She graduated from Phillips High School when she was only 16 years old.  She then started working for the Phillips Petroleum Company.  At 17, she decided to attend East Texas State University in Commerce, Texas where she worked at the college library.  Bryant majored in art, but her college studies were cut short by contracting Tuberculosis leading her to be hospitalized for 9 months in a sanitarium in West Texas.

Bryant did return to ETSU under a rehabilitation program, but again, her art degree was never realized.   She was introduced to a young man by the name of Ralph Venor Hutchinson by his brother, Bernard.   Bernard thought Bryant would be a great catch for Ralph after seeing her walking down their street in Commerce, Texas.  So, Bryant and Ralph were married by Dr. A.A. Duncan, the same minister that had married her parents 24 years earlier, in his home in Greenville, Texas on January 14, 1950.   Bernard Hutchinson was Ralph’s Best Man and his wife, Margaret Bogel Hutchinson, was Bryant’s Maid of Honor.   They honeymooned at the Grand Canyon in Arizona and, upon their return, they bought their first home located at 2725 O’Bannon Drive near Wynnewood Village in Dallas.   At 23, she became a mother for the first time with the birth of their son, John followed by Kim, and then Van.    Bryant and Ralph custom designed their second home located at 3711 Holiday Road near the Westcliff Mall in Oak Cliff.

Bryant’s next roll was to begin her long and successful career in the real estate industry beginning in 1957.  The next three years were spent learning the real estate market under Judge Fite, Jim Gaul and John Allen.  For the next twelve years she worked hard to expand her customer base while raising three children.  Bryant made sure they had a good time on long trips to California, the 1964 World’s Fair in New York, and camping along the coast of Texas, or in the numerous State Parks.  By 1969, Bryant founded her own company, Bryant Hutchinson Realtors, opening up a new office on Edgefield in Oak Cliff.   She would go on to receive her certificate from the National Association of Realtors Educational Branch leading her to offer real estate seminars teaching anyone interested in obtaining their real estate license.  Bryant soon became a Real Estate Broker and operated  offices in Duncanville, Desoto and Oak Cliff.    She was also an active member of the Oak Cliff Chamber of Commerce, Chairman of the Oak Cliff Multiple Listing Service, a member of the International Toastmaster Association, a member of the Republican Party, enjoyed the parties and dancing of the Oak Cliff Dinner Dance Club, writing stories, painting, and especially loved flying airplanes.  Bryant helped man airplane races, attended national and international conventions while holding her Private Pilot License, owned several planes, and was the Vice Chairman of the Redbird 99 Chapter in Dallas.

Bryant always enjoyed a challenge so she decided to specialize in all phases of custom building of large, spacious homes by co-owning Executive Builders.   She held every position in the Homeowners Association at Reflection Bay where she resided for twenty years.  Deciding to semi-retire, Bryant traded one of her planes for a condo on the large Island of Hawaii in 1985.  She immersed herself, in the next nineteen years, in  many organizations.

Always following her grandchildren’s accomplishments no matter where she was in the world with enthusiasm, she leaves behind Jennifer, Andrew, John Jr., Kyle and Jeffrey.  She was even more excited when she got to welcome her seven great-grandchildren – Keziah, Kohen, Charlotte, John III – “Trey”, Emma, Jacob – “JT”, and Colin - ”CJ” .

To order memorial trees or send flowers to the family in memory of Bryant Hutchinson, please visit our flower store.